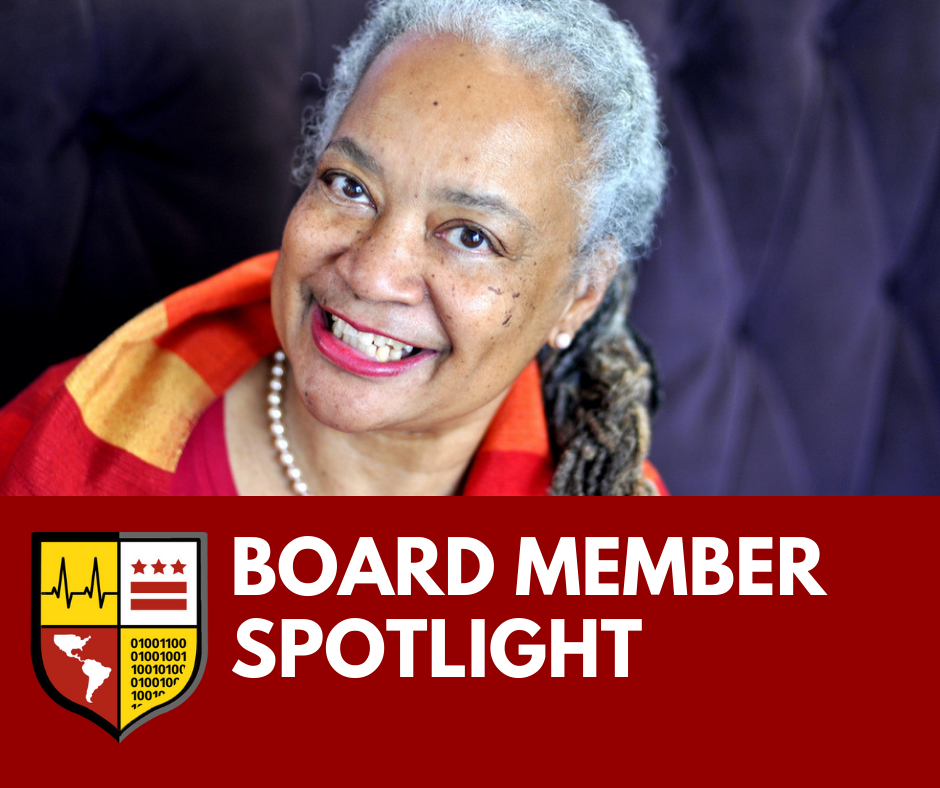 Linda Moore believes that all children are brilliant. She saw that in her own children, whose intelligence was doubted because of their race. She saw it in her grandson, Sunny, who graduated from LAYC Career Academy in 2013. And she saw it through the thousands of students at the Elsie Whitlow Stokes Community Freedom Public Charter School (Stokes), which Linda founded twenty six years ago. Her belief in the talent of all young people and what a good education looks like are grounded in four generations of her family. Her grandfather, mother and aunts were all school teachers. She has spent her entire career in education and so has her daughter. But despite coming from three generations of educators, Linda did not always feel she was destined to open a school.

Things changed during the two years when Linda’s mother was dying of cancer.  “When my mother was sick, I kept reflecting on what a wonderful teacher she had been.” Linda recalled that her mother was doing differentiated education before there was a term for that. She always assumed kids would be successful. She taught students how to be good citizens and always made close connections with families. After her mother’s death, Linda knew that she wanted to honor her mother and  incorporate her mother’s values into a school. Ms. Moore wanted a school that built on the assets of children and was committed to social justice. She thought everyone should be able to communicate with people from all over the world.  She named the school after her mother and now Elsie Whitlow Stokes Community Freedom Public Charter School is considered one of the top elementary schools in Washington DC.

Sundiata (Sunny) Keita is Linda’s first grandchild and he attended Stokes for elementary school. He was a strong elementary school student but started to struggle more in middle school. His family had a hard time finding a school that was a good fit for him for a number of years until he found LAYC Career Academy. While at the Career Academy, he took dual enrollment college classes through Career Academy’s partnership with Bard College and got his A+ certification in IT, graduated and went to college.  Sunny is currently completing a certificate in Cybersecurity at American University to help him grow in the IT field.

Linda joined the board of the school four years after Sunny graduated.  “School was hard for him and LAYCCA was good for him.  I will still do whatever I can to support the academy because of that gratitude.”  But Linda’s passion and dedication for education goes way beyond that. “Whether I can help elementary school students or older students, I am down for it.”