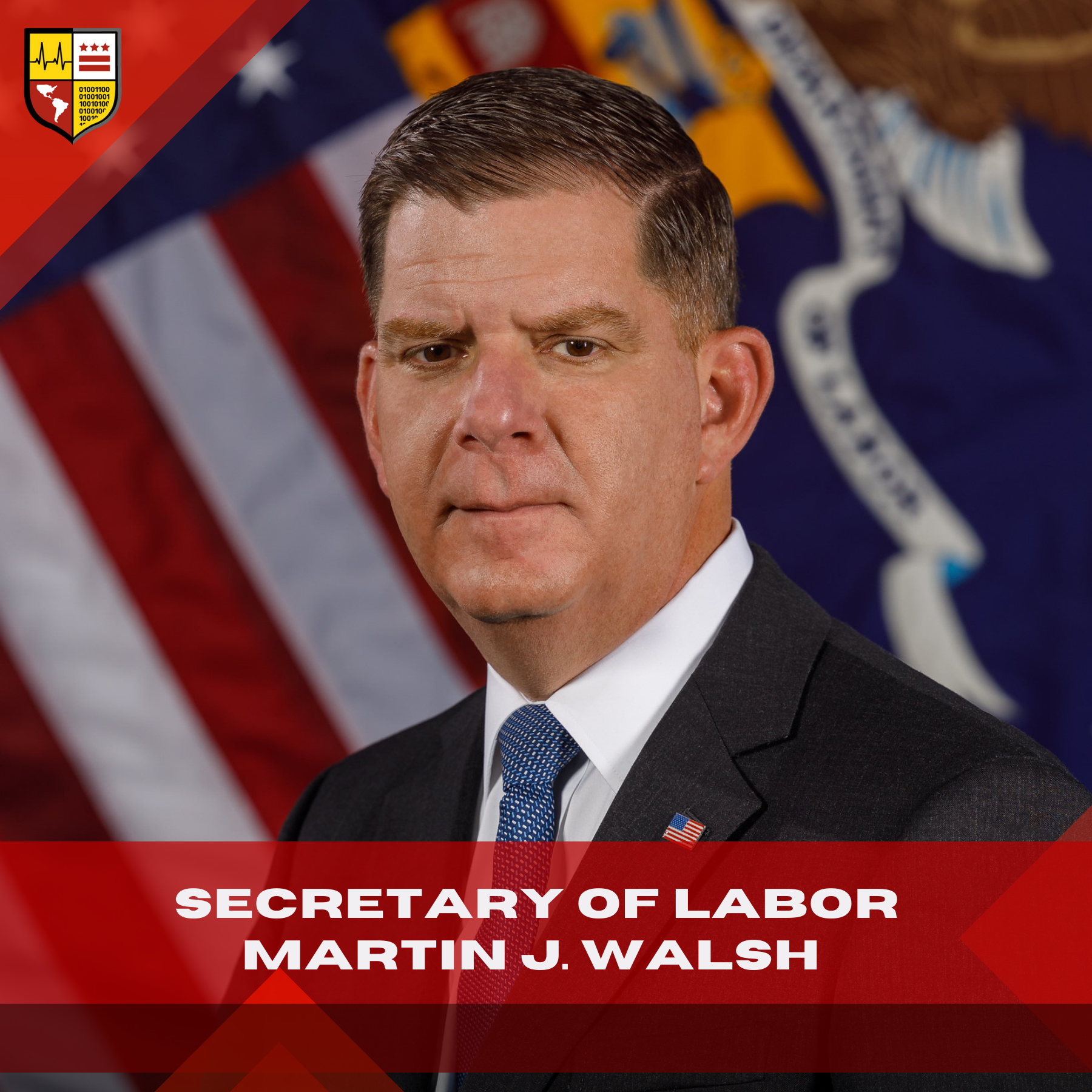 When Martin was in high school, he never felt smart. He struggled with his classes and had a hard time digesting what his teachers were saying. He lived with his immigrant mother, who was a domestic worker, and his immigrant father, who worked in construction. He applied to four year colleges during his senior year but did not get in. He did one year at community college before dropping out to work construction like his dad before him. He started drinking and his dream of one day running for public office started to feel very far away.

Martin is not a student at LAYC Career Academy. He is a member of Joe Biden’s cabinet. Secretary of Labor Martin Walsh knows by experience what it is like to dream big while battling poverty and lack of opportunities. That is the reason why he quickly connected with our students during his visit to the school today. His message for the Career Academy students was, “Follow your dreams and don’t quit”. 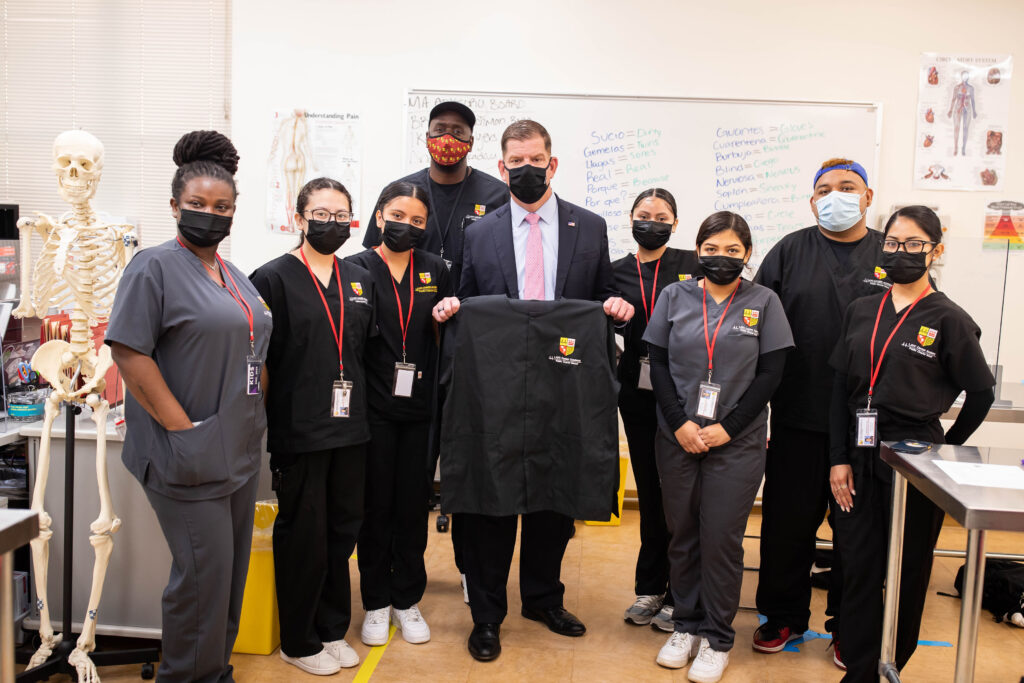 On October 14, 2021 Secretary Walsh spent close to two hours touring LAYC Career Academy and speaking to students. He told his own story including how he stopped drinking, went back to college and ultimately became the Mayor of Boston. He also asked about our students’ stories, quickly realizing they were often similar to his own. Students asked him a wide range of questions including his stance on immigration reform, what he is doing to protect workers and what advice he has for students. Secretary Walsh also spoke about his strong support for immigrant rights and how he stood up to people who threatened immigrants saying “I don’t tolerate bullies.” He shared the ways that the Department of Labor was working to make jobs that Career Academy students have in construction and the restaurant industry safer.

Secretary Walsh also encouraged students to talk to somebody if they feel stressed as he shared his own struggles while studying at Boston College. He added how many times he almost dropped out of college before graduating at the age of forty and encouraged students to stay in school and follow their dreams. For Secretary Walsh, the dream was public office. LAYC Career Academy students had many dreams including making enough money to buy a home and raise a family while working as medical assistants, pediatricians, registered nurses, IT help desk specialists, IT instructors, and computer programmers. 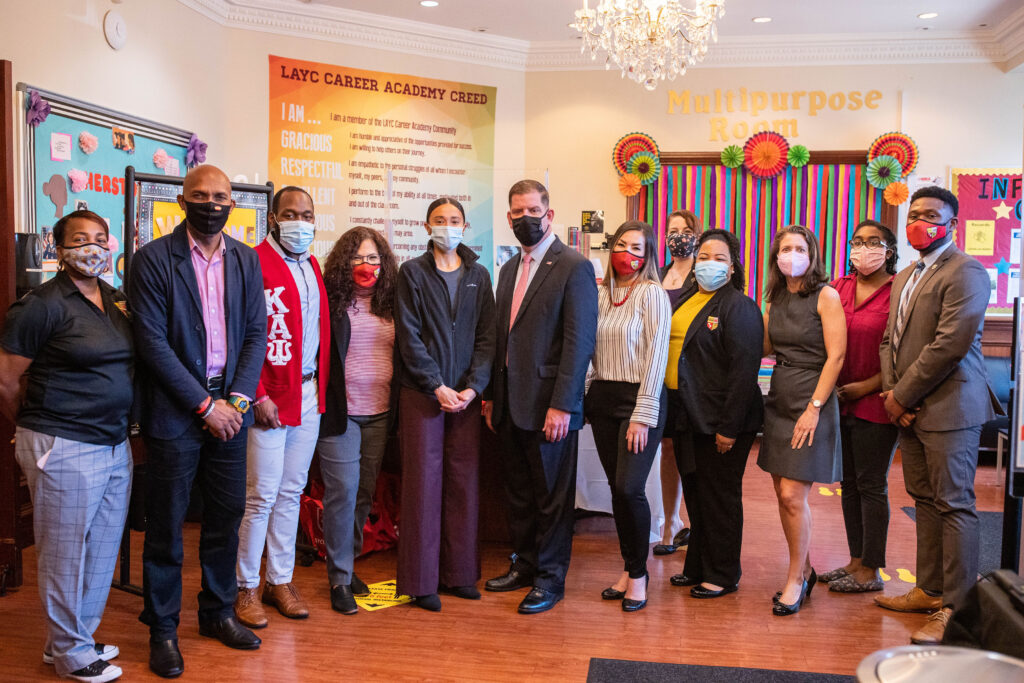 We thank Secretary Walsh for taking the time to visit our school, staff and students. He provided amazing advice and is leaving everyone inspired to continue pursuing their dreams. We hope to have him and his team back soon.