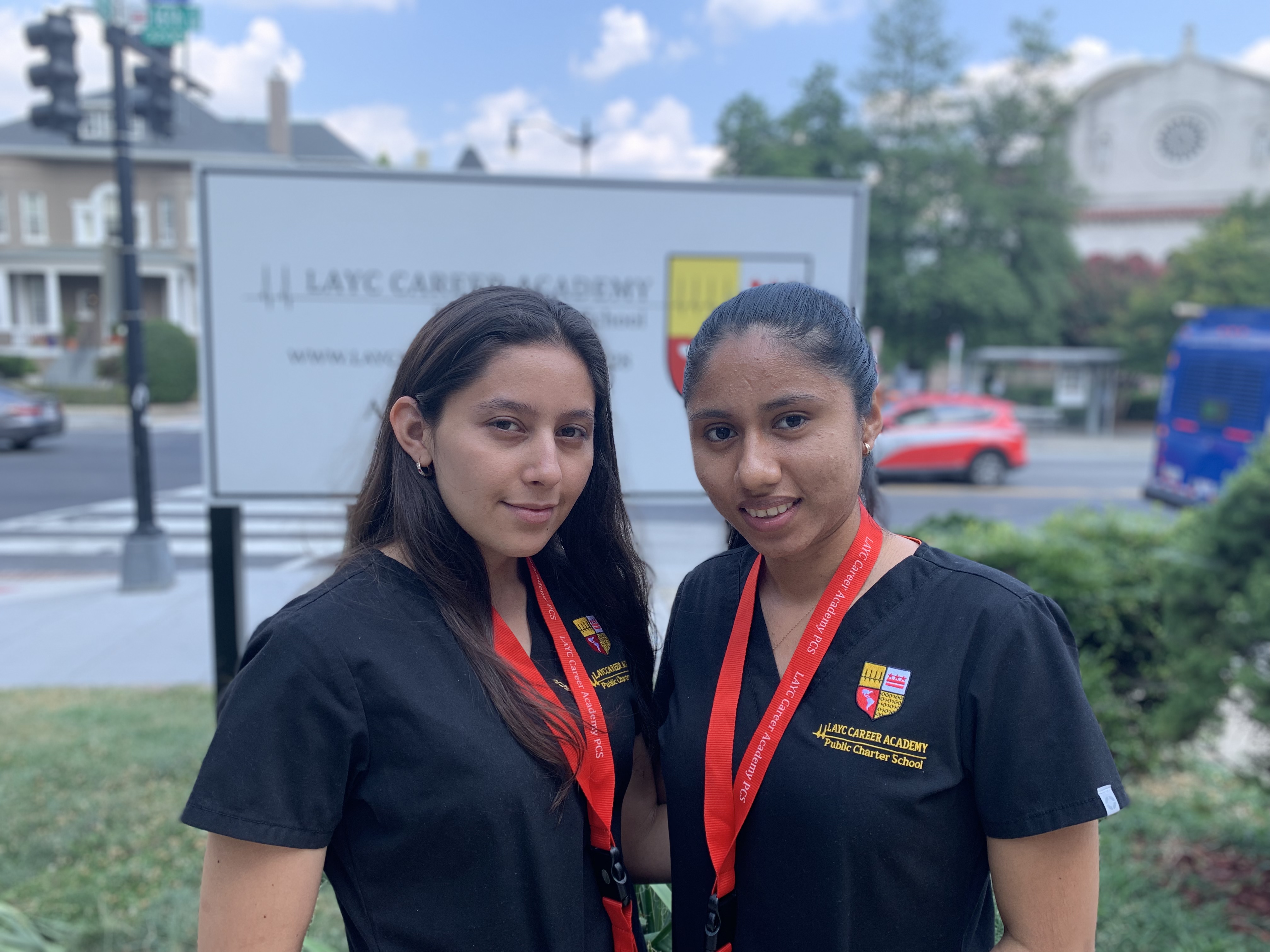 Deysi I. and Yesenia M. are not the typical students that get highlighted in school newsletters. They are not loud and flashy. They are much more likely to avoid the spotlight than to run to it. While so many others talk about all of the things that they are going to do, Deysi and Yesenia are not talking. They are working. That is why they are superstars. It is one of many things that they have in common.

Deysi and Yesenia both came to the LAYC Career Academy in 2016. They started to become friends while taking a science class that was taught by Dr. Fernandez-Romero, who is now the school’s principal. Both of them had just emigrated from El Salvador and were working on their GEDs while dreaming of entering nursing school. Deysi wanted to be a nurse ever since she was in the third grade. Yesenia was thinking of becoming a teacher but decided on nursing after she learned more about Career Academy’s medical assistant program. Their friendship really kindled when they started meeting with Dr. Fernandez-Romero during lunch to get extra tutoring for their human anatomy class. They both were willing to work extra hard to master the material and they grew and learned together.

Deysi and Yesenia’s hard work does not end at school. Deysi leaves school and goes to her job as a cashier at Surfside restaurant. She gets home at 11:00pm everyday and then starts her homework. After a few hours of sleep, she gets up early to arrive at school at 8:55AM. Yesenia works until midnight five days per week and is also responsible for her seventeen-year-old sister. Both students earned their GEDs and are now in the Career Academy’s medical assistant program. They spend hours studying the anatomy, HIPAA regulations, and clinical skills that they will need first as medical assistants and eventually as nurses. Both young women have said that they are tired a lot but it is worth it. “I don’t want the same job for the rest of my life. Because I am working so hard today, tomorrow will be better. I know that the only way I can achieve success is through hard work.”